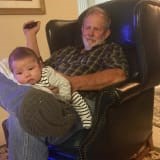 Crispen "Cris" David Cole, 68, passed away December 28th, 2022, in Kingman, AZ. Born August 8, 1954, to Donald "Don" D. Cole and June A. Cole in Chandler, AZ, he spent most of his teenage years in the White Mountains of AZ. His father, Don, worked for an oil company Aramco, a Saudi Arabian public petro and natural gas company, based in Dhahran, where Cris lived and traveled all over the world in his youth, including Saudi Arabia and Lebanon, India and Italy and continued traveling as a young adult, living in Thailand for a few years. He eventually settled in Southern California before finally moving to Yucca from CA. to AZ to retire with his wife and partner of 34 years, Carolina "Caro" A. Cole.

Cris worked in construction and as a Senior Projects Superintendent for his entire career and was a master craftsman, often making or repairing furniture or antiques. He enjoyed sailing, woodworking, raising plumerias, camping, and rescued Chow-Chows along with his wife. He was very involved and respected in their church and community and was known by all to be a man of integrity, intelligence, and respect.

Surviving are his wife, Caro Cole, and his daughter, Ashleigh Cole and her husband Wayne Hays, along with a host of extended family and in-laws who loved him dearly.

A celebration of life service will be held in April of 2023 at the church that he attended with his wife, Light in the Desert First Southern Baptist Church of Yucca.