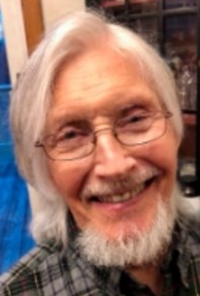 ACCORD - Bruce Flagler Simmons (aka Tractorman), of Accord, N.Y. – husband, father, brother, teacher, singer, conductor, farmer, and restorer of antique tractors – passed away on July 27, 2021, at the age of 78.

Bruce grew up in Dutchess County, NY and graduated from Pine Plains High School. He earned his Bachelor of Music Education degree from Houghton College and Master of Music degree in Vocal Performance and Pedagogy from Indiana University.

Married to Robin, his first wife, in 1964, Bruce became the father of two sons while working first as a middle school choir director in Warwick, N.Y. and then in Bloomington, Ind. In 1981, he moved with his family to Saudi Arabia to become the middle school choral teacher for the Saudi ARAMCO school system. He returned to the U.S. in 1989 and was the choral music teacher at Beacon High School during the 1990’s. He married Arlene Gould in 1995.

In 2000, Bruce retired from teaching and became a school bus driver for the Marlboro and Rondout School Districts. While living at Benmarl Winery in Marlboro, N.Y. (then owned by Mark Miller and Bruce’s mother, Grace Pendell Miller), Bruce developed a passionate 20-year hobby of restoring antique tractors, showing them at farm events throughout the region.

Bruce was preceded in death by his elder son, Brian, an attorney for State Farm Insurance. He is survived by his widow, Arlene Gould; his youngest son, Mark Simmons, a Professor of Music and Conductor at the University of Tennessee at Martin; grandchildren, Jay, Nolan, and Rachel Simmons from Bloomington, Ill.; and sisters Pam Nichols and Sheila Woods of North Carolina; eight nieces and nephews; and his three beloved cats, who all loved him very much. Donations in Bruce’s memory to a charity or cultural organization of your choice are appreciated.