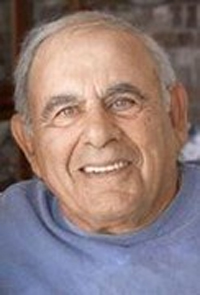 Albert Michael Amara of Palm Coast, Florida passed away Nov. 20 at Advent Hospital, Flagler. He was born in Brooklyn, New York, March 28, 1934, the son of late Albert and Mary Amara (nee Sargi). He served in the United States Navy aboard the submarine USS Perch. He graduated from the City College of New York with a Bachelor's of Business Administration. He worked his entire career with ARAMCO (now Saudi Aramco) till his retirement in 1994.

On June 13, 1975 Albert was married in Floral Park, New York to his wife Laura who remains in Palm Coast. He was a member of the Palm Coast Elks Lodge #2709, the Palm Coast Bridge Club, St. Elizabeth Ann Seton Catholic Church, and was an avid lifelong golfer and member of the hole-in-one club. He was the younger of two siblings and was preceded in death by his brother Raymond.

Albert is remembered and missed by his eight children and stepchildren, eleven grandchildren, and five great grandchildren. A funeral mass will be held on Saturday, January 25 at 11:00 AM, at Saint Elizabeth Ann Seton Church located on Belle Terre Pkwy. Repass after mass in church hall. All are invited. In lieu of flowers a donation may be made to St. Jude's Hospital.