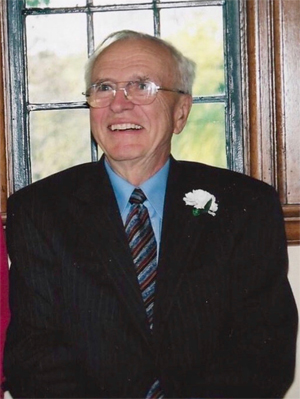 Alan Eric Allsebrook died in San Antonio Tlayacapan on August 6 at the age of 89.

Born in 1931 in Kaslo, British Columbia, Eric was the younger of two children of Alan and Lucy Allsebrook, English immigrants to Canada. He received his schooling in Kaslo and graduated in chemical engineering from the University of British Columbia in 1955.

He met his future wife Elizabeth “Beth” Allsebrook while she was visiting Kaslo with her classmate, Eric’s sister Naomi, in 1951. Their happy marriage lasted 60 years before Beth’s passing.

As a consulting engineer, Eric worked on everything from oil and gas to heavy water, oil sands, desalination, pulp and paper and hydroelectric power.

He was particularly proud to have designed and built his family’s cottage in the 1000 Islands.

Eric and Beth chose Mexico as a future place to retire during a visit in 1990. They settled here in 1993, and remained as full-time residents, except for a month or so during the summers. On arriving in Chula Vista, Eric served a number of terms as Water Commissioner and as President of the Fraccionamiento and attended St. Andrew’s Anglican Church.

When a man like Eric leaves this planet for his final destiny, there is definitely a void in the world, especially in the grieving family. Eric was the type of person who after a short conversation you felt as though you knew him for years. When you talked with Eric, he made you feel important and he listened. He was always ready to share a grin. He left everyone he met feeling like seeing them was the high point of his day.

Eric will be missed and fondly remembered by his sons David Allsebrook of Toronto and Douglas Allsebrook of Brampton, daughter-in-law Carolyn Allsebrook, his two granddaughters Emily and Kate Allsebrook, and sister Naomi Miller.