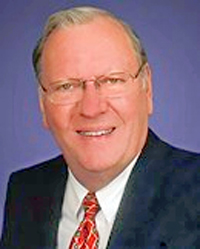 Professor William K. Holstein PhD, 82, passed away peacefully at home in Williamsburg, VA surrounded by his loving family on October 22, 2019. His life was dedicated to his family and friends, his students and the welfare of others in his community. To these and other passions, he gladly gave his time and resources.

He was a distinguished professor and the D. Hollins Ryan Chair of Business Administration at the Mason School of Business, College of William & Mary. He retired in 2007 but continued to teach at the school part-time for another five years.

Bill was born on November 19, 1936 and raised by his loving parents, Kurt and Doris Holstein in Middletown, New York.

Upon graduating from Rensselaer Polytechnic Institute in 1958 with a degree in Chemical Engineering, he joined the Shell Oil Company as a drilling engineer. While at Shell he earned a Masters Degree in Industrial Management and later a PhD. in Economics from Purdue University. During this time, he also wrote the first of many books on production management & control.

In 1964, he joined the faculty at the Harvard Business School. While at Harvard, he focused on MBA courses in Production Management. His article Production Planning and Control Integrated was published in the Harvard Business Review (HBR) and was among the top-selling HBR reprints for the next decade. That article, and one in Business Week, led to a number of consulting assignments with several U.S. manufacturing companies and at Aramco in Saudi Arabia.

During his 27 years at the University at Albany, he spent four years abroad as a visiting professor in the MBA and executive development programs at IMEDE, a business school in Lausanne, Switzerland. He also spent two-years as the founding director of the Center for Private Enterprise Development in Budapest, Hungary.

Bill led executive development programs in Singapore, Taiwan, China, England, and Central America. He taught an executive MBA program at the Universidad del Salvador in Buenos Aires, Argentina every summer for the past twenty years. He was a trustee of Upsala College and a member of the AACSB accreditation committee and served on the committee for Computer-Aided Manufacturing for the National Academy of Sciences.

He was a devoted husband, father, grandfather and uncle. As a beloved teacher and mentor to students around the globe and a dedicated member of many community service organizations and philanthropic causes, Bill was admired and respected by everyone who knew him. He was also an accomplished pianist and organist and his love of classical music was a true passion, providing joy at many family gatherings and celebrations.

Bill was actively involved in community service his entire life. His service included the board of directors of the Albany Symphony Orchestra, the Seagle Music Colony and the Parsons Child and Family Center, where he also served as president. Additionally, he was Chairman of the Governor's Land Foundation's Heritage Committee and Co-President of the Friends of Greenspring, the 17th century site which is part of the Colonial National Historical Park.

He is survived by his loving wife of 60 years, Audrey, their three children Kurt E. Holstein (Jennie), William K. Holstein Jr. (Michelle) and Catherine H. Lintner (Thomas) and six beautiful granddaughters Lauren and Kelsey Holstein, Sarah and Jacqueline Holstein, and Audrey and Melanie Lintner. He will also be missed by many nieces, nephews and other family members.

Memorial services will be held Monday, October 28th at 11:30am at Nelsen Funeral Home, 3785 Strawberry Plains Road, Williamsburg, Virginia 23188, with a reception to follow.

In lieu of flowers, donations can be made to The Parsons Child & Family Center by mail at 60 Academy Road, Albany, NY 12208