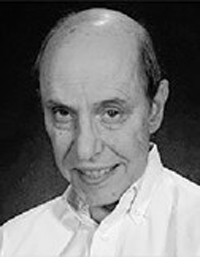 William D. "Bill" Waltman III passed away Saturday, April 6, 2019. Bill was born March 16, 1946, in Fort Worth, Texas, to Katy and William Waltman Jr. He earned a BS in Mechanical Engineering from Texas A&M, an MS in Operations Research from UT Austin, and an MBA from the University of Oklahoma. After graduation from UT, Bill worked for Westinghouse in Dallas as a field service engineer. He met his wife, Lynne, in Dallas, where she was in graduate school at UTHSC. They married in 1976.

In 1979, Bill took a job with Saudi Aramco in Dhahran, Saudi Arabia. Their two children, Katie and Will, were born in Saudi Arabia. Upon return to the states, they moved to Fort Worth. Bill worked for General Dynamics and LTV in industrial engineering. Bill was president of the Fort Worth Chapter of the Institute of Industrial and Systems Engineers for two years. He was an Industry Fellow at the UTA Automation and Robotics Institute while he worked on his Ph.D.

Bill later became a software developer, working as an independent contractor. He served on the board of EXPANCO where he created projects to enable persons with disabilities to learn marketable job skills. Bill was known for his dry wit and never let obstacles stand in his way. He enjoyed building RC aircraft and flying them and playing his Martin guitar.

SURVIVORS: Wife, Lynne; their children and spouses, Katie and Paul Aultman and their children, Aiden and Anna, of Fort Worth, Will Waltman and Katie Penner of Baltimore, Md.; sisters and their husbands, Kathrine and Frank Hubans of Fort Worth and Jan and Wendell Odom of Houston; cousin, Harriett Willis of Fort Worth; and many cousins, nieces and nephews. Requiem Eucharist: 1 p.m. Wednesday at All Saints' Episcopal Church where he was a member. Burial: Will be later in All Saints' columbarium. Memorials: In lieu of flowers, memorials may be given to All Saints' Episcopal Church Endowment.