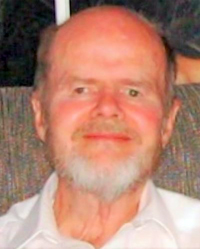 William A. (Bill) Conner, retired electrical engineer and resident of Canton, passed away peacefully at home with his family on October 16, 2021 at the age of 77, after a long battle with cancer. He is survived by his wife of 50 years, Jean, their sons Evan and Ryan, and his three sisters, Beth, Karen, and Colleen.

Originally from Texas, Bill had a lifelong fascination with technology. As a teenager, he was an ardent amateur radio operator, operating under callsign K5GMX. After receiving his B.S. in electrical engineering, he spent two years in Nigeria as a Peace Corps volunteer. Returning to Texas Tech to attain his master's degree, he met Jean, and they soon married in 1971. He developed his career working for Collins Radio and Rockwell International, living in both Texas and Saudi Arabia.

In the early 80s Bill welcomed his two sons Evan and Ryan, raising them in Plano, Texas, before returning to Saudi Arabia once more as a project manager for Saudi Aramco. It was there that he found a passion for sailing, scuba diving, and softball (Go Dummy Load!). As a former Boy Scout himself, he was active in his children's Scouting, volunteering in leadership positions and helping them both achieve the rank of Eagle Scout.

Bill retired to Connecticut in 1999, where he was able to do the things he enjoyed most: playing saxophone in community bands, continuing with ham radio (bouncing signals off the moon!), playing sports like racquetball and golf, and camping on the Appalachian Trail. He was a longtime unwavering fan of the Dallas Cowboys, UConn women's basketball, and Jeopardy! He is affectionately remembered for his wacky sense of style and humor. He was a kindhearted, generous, and gentle soul, who made a positive, lasting impression on all he met. He will be forever missed by his family and friends.