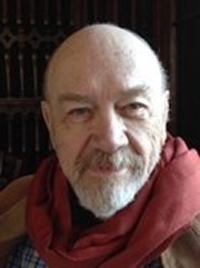 Wilbur L. Gay passed away on April 14, 2019 in Kalamazoo, MI, after a struggle with dementia. Wilbur was born in Kansas City, MO, on December 9, 1934, the first son of Wilbur M. Gay and Cornelia Snyder Gay. He is survived by his daughters, Catherine (Dan Ryskamp), of Kalamazoo, MI, and Jennifer, and grandson Harold, both of Grâne, France; his brother Jerry Gay, of West Palm Beach, FL; and his third wife, Mary Jane Gay, and step-daughter, Jennifer Smart, both of Houston, TX.

Wilbur attended Drury College, the University of Illinois, and the University of California, Berkeley before beginning a career in chemical engineering, which took him to The Hague, The Netherlands, to work for Aramco for several years. He then moved to Chicago to work for Standard Oil of Indiana and to pursue an MBA at the University of Chicago. There he met and married his first wife, Judith Niewold. They soon moved to New York City, where their two daughters were born, and he went to work as an oil analyst for Goldman Sachs. He subsequently moved to Houston, TX, to become Vice-President, Investor Relations, for Pennzoil Company. There he was fortunate to meet Mary Jane Smart and marry happily for the third time.

Wilbur retired young and was able to pursue his lifelong passions for genealogy, history, and travel. A moderate Republican in his younger years, he grew more progressive as he aged, engaging in Democratic politics and actively supporting the ManKind Project in Houston, as well as serving as a member of the PFLAG Houston Speakers Bureau. He was a man of deep human values and will be greatly missed.