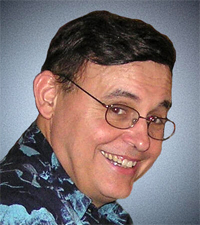 Tom is survived by his, wife of 51 years, Susan Watson and sons, Jonathan H. Watson and Jeremy T. Watson.

Including his parents, Tom was preceded in death by his brothers, Jerry L. Watson and Steven D. Watson.

Though born in Sandusky, Ohio, Tom was proud of his Irish heritage. He spent his early years in Bowling Green, Ohio, and his high school years in Mansfield, Ohio, and Barboursville, West Virginia. He received his BA (1970) and MBA (1971) at Bowling Green State University (BGSU). He was a member of the Kappa Sigma fraternity, was an RA at BGSU, drove a school bus for BG schools while in college, and was active in Campus Crusade for Christ. Tom met Susan K. (Strauss) Watson at Bowling Green and they were married in Willard, Ohio, in 1970.

Tom began his business career at Ford Motor Company in Michigan, served a short term in the Army, and returned to Ford as a supervisor. After Michigan, he moved back to Ohio to work for McDonald’s Corporation as a store manager in Dayton and the area supervisor, before moving in 1977 to Illinois to write training materials at McDonald’s Oak Brook headquarters. While Tom was with McDonald’s, he attended Loyola University in Chicago, ultimately earning his Doctorate in Education. Tom and Susan welcomed Jonathan H. Watson and Jeremy T. Watson to their family in 1977 and 1981, respectively. He loved being a father to their two boys. In 1984, the family moved to Houston, Texas, where Tom became the training director for National Convenience Stores. Moving back to Ohio in 1987, he joined the training department of Marathon Oil in Findlay. Tom continued his career with Marathon, moving to Houston, Texas, in 1992. In 1995, he decided to start his own company, O.D. Systems, Inc., to provide training and consulting services. When the opportunity came to live abroad in 1998, Tom and Susan moved to Dhahran, Saudi Arabia, where both Tom and Susan were employees of the oil and gas company, Saudi Aramco. Tom worked as a Management Consultant, providing management training and leadership development. He was in charge of setting up the Supervisor Assessment Center, which focused on reviewing potential candidates for upper management positions. While working in Saudi, Tom was a member of the Dhahran Fellowship, teaching Bible classes, singing in the choir, and serving on the Fellowship board, where he assisted in the selection of Christian personnel to head various Fellowship positions. While living abroad, Tom and Susan traveled, vacationing in the Middle East, Asia, and Europe. In 2010, they returned to the U.S., retiring in Magnolia, Texas, north of Houston. Tom continued his consulting business until retirement in 2012. Tom loved music and enjoyed spending his leisure time singing, playing the piano and guitar, studying the Bible, watching the Houston Astros baseball team, golfing, and traveling in the United States. He was always ready for a new adventure, like zip lining, snorkeling, and cruising in the Caribbean.

As a kind, helpful, caring and generous soul, his presence will be deeply missed by all who knew him.