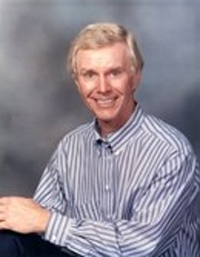 Born March 27, 1942 in Columbia Heights, Minnesota, Tom was the sixth of eight children born to Joseph and Irene Hogan.

Tom graduated from Columbia Heights High School in 1960 and went on to earn a Bachelor's degree in Vocational Education and Master's in Guidance and Counseling from Stout State University.

He married Bonnie Tatro in 1966 and had 3 children. The family moved from Wisconsin to Oregon in 1977, and then to Dhahran, Saudi Arabia where Tom worked in Training & Development for Aramco from 1981 - 1987.

After returning to Salem, Tom worked at Siltec Silicon Corporation until 2003.

Tom had a love for music - starting with humorous tales of playing the accordion as a child, through playing guitar at family camping trips and teaching his daughter piano. He instilled in his children the value of family, laughter, hard work, the outdoors, and travel. He was a proud Irishman, avid bowler, golfer, and keen storyteller.

Preceding him in death were his parents, two brothers, one sister, and beloved daughter-in-law, Leanne Hogan.