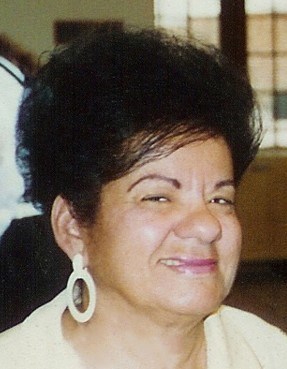 Our dear Tawhida "Sophie" Parnoutsoukian, 78, passed away peacefully in her sleep on August 27th, 2018 from congestive heart failure. Sophie was born on December 7th, 1939 in Assiut, Egypt to Wilson and Liza Tadros. Sophie graduated from The American College for Girls and American Mission Hospital – both in Assiut, Egypt. She later began her career as a nurse in the American Mission Hospital. She specialized and gained much satisfaction caring for children in pediatric nursing.

Sophie later moved to Saudi Arabia to work as a registered nurse with Arabian American Oil Company (ARAMCO). At ARAMCO, she met Jack Parnoutsoukian, a fleet mechanic who she would later marry. They enjoyed traveling together throughout Europe and the Middle East. Shortly after, Sophie and Jack moved from Dhahran, Saudi Arabia to Winnipeg, Canada. Jack and Sophie were blessed with three children – John, Roy and Helen. Sophie and Jack later moved their family to Ceres, California where Jack started and ran his own successful automotive repair service center (“the station”) which soon became a trusted, local favorite. Not only was Sophie a devoted wife and mom, but she also worked at the station! – she handled the paperwork, pumped gas, and fed their favorite customers some of her speciality dishes. Some would describe Sophie as unapologetically authentic, but often found her brutal honesty amusing.