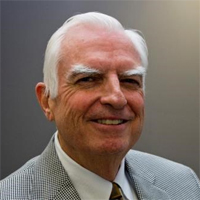 Scott Bergan Kay, age 72, passed away on Tuesday, August 11, 2020 in San Antonio after a long struggle with liver disease and diabetes. Born in Ross, California on April 28, 1948, Scott was raised in Saudi Arabia where his father worked for the Arabian American Oil Company (ARAMCO). He started school at the American School of Abqaiq before attending the Governor's Academy (previously Governor Dummer) in Newberry, Massachusetts for his upper school years.

After graduation, Scott earned his BA from Northwestern University in 1970. That same year, Scott married J. Elisabeth "Sissy" Quick in Nacogdoches, Texas. Together, they raised three children – Natasha Lara Kay born in Indonesia, Chandra Kay Bricker born in Singapore, and Mathew Tareq Kay born in Saudi Arabia where Scott and Sissy continued their family tradition of international travel. In 1976, Scott earned his MBA from Stephen F. Austin University. For 45 years, Scott helped developing countries build large industrial projects as a Procurement Manager (primarily) for Bechtel Corporation. Scott lived by Colossians verse 3:23, "Whatever you do, work at it with all your heart."

Scott's overseas career included projects on six of the seven continents – the Sohar Aluminum Smelter Project in Oman, Iceland, Qatar, Montreal, and New Delhi; the Alba Line 5 Expansion in Bahrain; Mining & Metals Operations in Adelaide, Australia; Logistics and Operations for Asia Pacific in Tokyo, Japan; and, the historic Al-Tameer and Al Awda Project supporting the global effort to extinguish oil field fires after the Gulf War to rebuild oil field operations in Kuwait. Additionally, Scott worked in Dubai, Norway, Indonesia, Singapore, Egypt, and Saudi Arabia. In between international supply chain efforts, Scott and his family returned to Houston, Texas before Scott retired in 2015 to Canyon Lake where he and his bride finally wrote an address in ink to 'settle down'.

When not jet-setting across the globe, Scott enjoyed building things with his hands, specifically working with wood to build whatever furniture his wife requested. His children hold fond memories of going to the hardware store with their dad where he would use his professional procurement habits to ensure he got the best deal for the materials he needed – oftentimes shopping the same stores repeatedly on the same day to find the most cost-effective goods! A loving father and active grandfather, Scott spent his later years watching high school theater productions, volleyball games and tennis matches where he could be found laughing, cheering, and coaching from the sidelines.

Scott is preceded in death by his parents Ruth Gayle Bergan and Ivan Harold Kay. Memorial donations may be made in Scott's name to the Salvation Army and the San Antonio Food Bank.