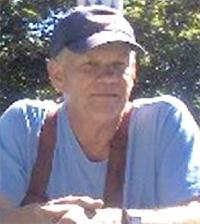 Scott was born in Chicago to Ralph and Alberta Brunell, joining his older brothers Chuck and Don on August 21, 1945. In 1952, his Mother, Grandmother, Don and Scott drove from Chicago to Los Angeles via Route 66 to join his Father, Ralph in sunny California. That was Scott's first big adventure, creating his love of road trips with many more adventures to come. Scott graduated from UCLA in 1967 with a degree in Political Science. After his college days at UCLA he followed Don's path to General Telephone. Scott's 16 year career with General Telephone took him north to Portland, Oregon and on to Everett, Washington. Scott's second adventure took him mountain climbing. While living in the Pacific Northwest he successfully climbed Mount Rainier, Mount St. Helens, Mount Hood and later the jebels of Saudi Arabia. His third adventure took him to the sun and sands of Saudi Arabia. Scott worked as a Telecommunications Engineer for Saudi Aramco from 1985 to 1997. Helping to maintain Aramco's vast telephone network gave Scott the opportunity to travel to Japan, Ireland, UK, Canada, Hong Kong and Singapore, learning about and testing new equipment for Aramco's state-of-the-art telephone system. Life in Saudi Arabia was a great experience and Scott thoroughly enjoyed his years there. Friendships were important and he created a community with monthly poker games, good food and new hobby of making moonshine, distilling "white" and "brown". He was known for his quality product. As he said "I'm not saying I make the best, but no one can make it better". While working in Everett for General Telephone, Scott and Connie met and married in 1985. Connie joined him in Saudi Arabia in 1986. Taking advantage of their vacation time they traveled through Europe, Asia, the Middle East plus many states within the US, keeping his promise to Connie to show her the world. Scott enjoyed planning each vacation with great places to visit, excellent food and if he could work it in, an amusement park for roller coaster rides. Scott and Connie retired in 1997 and moved to Spangle, Washington. Scott stayed busy remodeling their home and putting his stamp throughout. He created a large kennel area for their Afghan Hounds. He had a soft spot for the Afghans that came to them through rescue. They were his special ones that he cared for every day. During his early years of retirement, Scott had a chance meeting with Rich Vaughn and found out Rich shot fireworks. Fireworks was one of his favorite things so he joined Rich's team and fired several shows. They spent many hours of hard work creating a show that ended much too quickly in Scott's opinion. As the years passed and the remodeling projects were fewer, he found himself looking for another adventure and found a job at Riverfront Park as a craft specialist. The old saying of "find a job you love and you will never work a day" was certainly true for Scott. He enjoyed his telephone career, but working at Riverfront Park was his passion. So many of the park's iconic symbols were his favorites, especially the garbage goat, refurbishing the totem pole that stood on Canada Island and the Red Wagon. His relationships with his co-workers brought him joy. Scott's final adventure began Sunday, June 28th. Scott is survived by his wife Connie and his brother Don and sister-in-law Maureen, Corinne Hirst, mother-in-law, Dan Hirst, brother-in-law and wife Betty; nieces, Dana, Paula, Susan, Heather, Ashley and nephew Robert. Scott was preceded in death by his parents and brother, Chuck. There will be a Celebration of Life for Scott Saturday, August 1st at 11am on Canada Island in Riverfront Park. Please bring a funny Scott story or a fond memory to share.