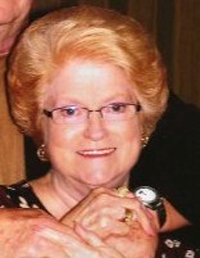 In loving memory of Sarah Ione Poteet Sadler, 83, of Schertz, Texas who passed away on April 3, 2022.

Sarah was born on November 2, 1938 in her family's home in Madisonville, Texas. She was the youngest of six children born to Joseph Dean and Sarah Bessie Seay Poteet. By the age of 11, Sarah's parents had passed away and her primary guardianship was assumed by her eldest sister and brother in law, Bernice and Cecil Windsor. Sarah then moved to Yoakum, Texas where she lived with Bernice and Cecil and their two sons, Cecil Jr and Stephen where she thrived under the loving care of her entire family.

Sarah graduated from Yoakum High School in 1956 and enrolled at Tulane University and the Mather School of Nursing at Baptist Hospital in New Orleans, Louisiana. There she found nursing to be the calling of her life. Upon completing her nursing board exams in 1959, Sarah graduated as a Registered Nurse and moved to Pasadena Texas to begin work at Pasadena General Hospital.

In 1961, Sarah was introduced to David Sadler at Pasadena General Emergency by a family friend, Mrs. Bruce, RN. With her beautiful red hair, great smile and sharp wit, Sarah made a lasting impression on David. After a year of dating, Sarah and David were married by Dr. L.D. Morgan on April 14, 1962 at the First Baptist Church. Sarah and David went on to have two daughters, Penny Lynn in 1964 and Amy Beth in 1970. As a stay at home mom, Sarah focused her attention on her young family, volunteer work, crocheting, craft painting and entertaining family and friends.

When David accepted a laboratory position at Hess Oil in the US Virgin Islands, Sarah and David moved the family to the island of St. Croix. For the next four years, Sarah focused on being a home maker, raising her girls, and supporting her husband's career. One of Sarah's favorite weekend activities was hunting for sea shells in the shallow grassy waters of the eastern shore. She also made time to be a Girl Scout Leader and Swim Team Booster. Sarah enjoyed traveling with David to Aruba and hosting her family when they vacationed on St. Croix.

As 1976 came to a close, David accepted a new position as the chief chemist at Champlin Refinery in Corpus Christi, Texas. Sarah and David built a house in nearby Portland and Sarah resumed her nursing career in the Emergency Room at Taft Hospital. Sarah went on to serve as a nursing educator at Beeville Community College and a Consultant to a number of Long-Term Nursing Facilities throughout the South Texas Area. In 1984, Sarah's administrative skills coupled with her high standards of nursing excellence were recognized when she was hired to be the founding Director of Nursing at Trinity Towers in Corpus Christi, Texas.

With their daughters grown, Sarah and David accepted positions at Saudi Aramco in 1989 and began a ten-year adventure in the middle east. As an Aramco nurse, Sarah worked in a medical clinic that handled over 700 patients per day. For Sarah, working as a clinical nurse was a welcomed return to the one on one patient care that she dearly loved. Language was never a barrier for Sarah because she learned enough Arabic to communicate and personally connect with her patients. During their time in Saudi, the Gulf War erupted, and Sarah and David opened their home and hearts to members of the 82nd Airborne. The soldiers came for R&R and holiday celebrations but left as family. As Sarah and David wound down their Saudi adventure, they took the opportunity to travel. Sarah's favorite destinations included the tulip fields of Holland, Great Blue Mosque in Turkey, Parthenon in Greece and the Great Wall in China.

In 1999, Sarah and David retired from Aramco and moved back to Pasadena, Texas. While Sarah loved living much closer to her family and dear friends, she missed nursing. In her heart, she never really retired. Her passion for nursing remained central to her identity and she maintained her nursing license well into her retirement years. Sarah would have continued serving her profession if not for the physical limitations placed on her by peripheral neuropathy.

Sarah and David made one last move to San Antonio, Texas in 2016 to be closer to their daughter Amy. Sarah spent time keeping up with her girls, family and dear friends, enjoying back scratches and hugs, dancing with David to any music with a good beat, snuggling with her dachshunds, reading cookbooks, enjoying a favorite country meal like fresh-hulled cream peas and cornbread. Sarah concluded every day by offering up prayers for her family, friends and country.

While Sarah faced a series of health challenges during the later years of her life, she persevered and kept on fighting. She repeatedly defied the odds and overcame each challenge with grace, feistiness and determination. If you were to ask Sarah where she found her strength, she would say through her faith and trust in God's plan for her life. Sarah served God through her compassion and service to others. When you spoke with Sarah, you knew that you were the most important thing in her life at that moment. In her final years, the love, caring and kindness that Sarah showed her patients, friends and family came back to her in kind. She was blessed by the many hands that comforted her, aided her healing, and helped her to recover over and over again.

Sarah is survived by her beloved husband of 60 years, David Allen Sadler, her daughters Penny Lynn Sadler and Amy Beth Sadler, her nephew-brothers Cecil Windsor Jr. and Stephen Windsor, and her many cherished nephews and nieces, along with their families.

A Memorial Service will be held on June 18, 2022 at 1PM at the Schertz Funeral Home Chapel in Schertz, Texas. All are welcomed. Memorial donations can be made in honor of Sarah Sadler to a nursing school of your choice.