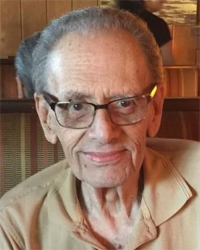 Richard Wayne Squiers was born in Glendale, California to Willis Leslie Squiers and Helen Elizabeth Squiers on May 23rd, 1934. Living most of his life in Southern California, Richard attended Washington Irving JHS class of 1949 and John Marshall HS class of 1952, in the Los Angeles area known as Los Feliz. Richard worked part time in construction while attending classes at Pepperdine University in Malibu. Richard married Janet Carolyn Edmondson in 1957. They settled in Los Feliz and had their first child in 1958. He graduated from USC in 1960 with a BSCE.

Richard was completely at home living in Southern California. He carried a strong work ethic as a child, delivering newspapers to a wide area on his scooter along Brunswick Avenue. Richard's favorite hobbies were beach swimming, deep sea and lake fishing, such as Red Rock Canyon. Popular retreats were fishing Catalina Island, Hawaii and at the family cabin in Lake Arrowhead.

Richard's personal library and interests went well beyond the company he ran for 25 years. He was fascinated by world history, biology and ecology. After 52 years of dedicated service, Richard retired the company and his Engineering license in 2012.