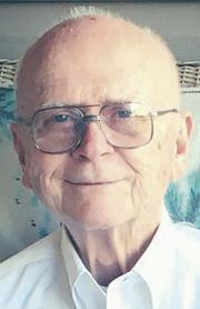 Born on Feb. 3, 1931, he was the son of the late William Francis and Blanche Veronica (Feeney) Oliver.

He is also survived by his grandchildren, Rebecca, Emily, Megan, Sydney, Olivia, Matthew and John; and his great-grandchildren, Mason, Landyn, Carter, Jameson, Liam and Charlie.

After earning his doctorate at Iowa State University, he worked for Alcoa Aluminum in New Kensington, where he was on the team that created the first aluminum can (think canned beer!)

Mickey was an eminent analytical chemist and process control engineer, who specialized in water quality management and control. After being recruited by the Foxboro Co. and moving to Massachusetts, he led the team that consulted with Budweiser to make their Merrimack, N.H., beer taste like the St. Louis product.

During the Nixon administration, he led a Foxboro Co. team that developed a water purification and control system for the White House, designed to protect the water supply. Saudi Aramco later recruited Mickey, where he specialized in process control for desalinization water plants in Saudi Arabia.

During Desert Storm in 1990 to 1991, he took great pleasure in inviting some of the troops over for a home-cooked meal and delighted in supplying American troops at the Dhahran Air Base with Coca-Cola and fresh fruit!

He was a proud member of the Pittsburgh Conference on Analytical Chemistry and Applied Spectroscopy (PITTCON). Recognized by his peers for his scientific knowledge and outstanding people skills, Mickey served as president of PITTCON in 1968, and navigated the conference through a Pittsburgh hotel workers strike that resulted in the organization holding its first conference outside of Pittsburgh.

For all of his professional accomplishments, Mickey will be most remembered as a loving and devoted husband, father and wonderful grandfather, who imparted wisdom, good manners and life lessons, as well as an enduring love of reading, coffee and bicycle riding to his children and grandchildren.

Mickey participated in the 192-mile PanMass Challenge bicycle ride with his son, Richard Jr. in 1988. He also rode a 30-mile leg of the Pedal to the Point fundraising ride at the age of 80!

He was a humble man of deep and abiding faith in God.

In Richard T. Oliver's memory, donations can be made to the Cystic Fibrosis Foundation, Parkinson's Foundation or Alzheimer's Foundation.