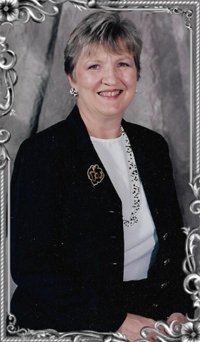 Rebecca was born in Marion, IN where she lived until she left for Indiana University. There, she met her husband, Ron Wunderlich. They were married for 49 years before his death in 2017.

She received a Master’s Degree in Library Science from Indiana University and worked in various industries from School Librarian to Corporate Law Librarian. While working for Aramco, she was sent to Saudi Arabia to set up the Law Library there. She was the first woman they sent overseas.

She was a 30+ year member of the American Business Women’s Association (ABWA) and served as President of the Tomball Chapter as well as other positions, winning the Woman of the Year award in 1999.

She had an infectious laugh and a smile that lit up the room. She was a devoted wife, mother and grandmother. She loved traveling and camping with her husband and family.