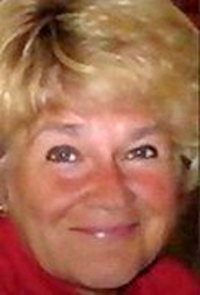 Pamela R. Prentice, 74 of Palm Coast, passed away December 11, 2019 at the Stuart F. Meyer Hospice House. Mrs. Prentice was born April 20, 1945 in Baltimore, MD., a daughter of Larry Neil & Rose Drexel. She graduated from Catholic High in Baltimore. She worked as a Girl Friday for a private detective agency, then gravitated to Project Hope. She then co-chaired the Hope Ball, where she was involved in the African and Caribbean programs. Mrs. Prentice then moved to Texas, where she worked for ARAMCO, as the Assistant Director of Flying. She was involved with the scheduling of the corporations airplanes. She wrote the DC-9 Flight manual, and the flight attendant manual. Mrs. Prentice flew the inaugural flight with the Oil Minister of Saudi Arabia. Following her career with ARAMCO, she worked for Compaq Computers in Texas. She and her husband moved to Palm Coast and worked for ITT on their marketing team in Hammock Dunes. After working with ITT for several years, she and her husband moved to Alaska where she worked for the University of Alaska. She and her daughter were very involved in Early Intervention for Autistic Children. She was so passionate for the program, she donated her salary to the Autistic Program. Following her retirement in Alaska, she and her husband moved to Fort Worth Texas, where she took up tennis, and was a 4.0 rated player. After missing their friends in Florida, Pam and her husband moved back to Palm Coast in 2004. She was an avid walker, loved playing tennis and was an avid reader. She is survived by her husband Jay Prentice, children, Patrick Burke of Atlanta, GA., Jennifer Mills of Seattle WA., Steven Prentice of Fallon, NV., and Anna Prentice of Simi Valley, CA. Family and friends will be received January 4, 2019 from 3:00 PM – 4:00 PM at Craig-Flagler Palms Funeral Home, 511 Old Kings Road South in Flagler Beach, where a memorial service will be held at 4:00 PM.