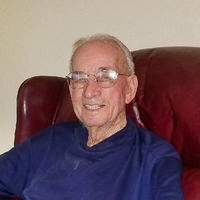 He was a veteran of the Army Air Corps and served during WWII. Jack married Syble Sue McDaniel on June 30, 1950 and she preceded him in death in 1992. He retired from ARAMCO as a Petroleum Engineer and his job took him all over the world. He was a member of the Masonic Lodge. Jack was a cattleman and raised racehorses. In his spare time, he enjoyed ballroom dance and traveling.