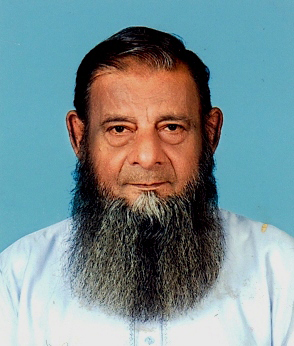 He was born on March 14, 1945 in Hyderabad Dakan, India; came to Karachi and completed his education in Bachelor of Arts. He started his career from Jinnah Hospital, Karachi. Later he joined Security Department of Saudi Aramco, Dhahran in 1974 and stayed there till 1986. He returned to Pakistan for some family reasons and then in 1991 he was reappointed in Saudi Aramco, Dhahran. He was transferred from Dhahran to Abqaiq in 2000 and came back to Pakistan after his retirement in 2005.

Medically he was suffering from Kidney Failure and heart related issues, he was on dialysis since 2010.

He was a true family man and a great human being. His Wife, Sons, Daughter, Friends, Relatives and Doctors were satisfied with him because of his behaviour.

May ALMIGHTY ALLAH rest his soul in eternal peace and grant him highest place in Jannah, Ameen. We pray to ALMIGHTY ALLAH to give strength to the grieved family to bear this loss, Ameen.