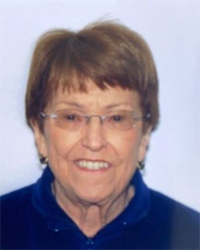 Ms. Cool's childhood was spent in Waverly where she received her high school diploma and enjoyed playing a saxophone in the band and singing in the Glee club. In 1951 she graduated from Miami University, Oxford, Ohio and began her teaching career at Avondale Elementary in the Columbus Ohio Public Schools. In 1960 she began a three year overseas teaching career in Gach Saran, South Iran. She was employed by the Standard Oil Of New Jersey for the Iranian Oil Exploration and Producing Company. For one year Creole Oil Company employed her in Judibana, Venezuela. Ms. Cool taught one year in Maracaibo, Venezuela. In 1965 -1987 she was employed by the Arabian American Oil Company (Aramco) and taught in Dhahran, Saudi Arabia. During her Aramco years, one year included teaching as an exchange teacher in the Edina Minnesota Schools and one year was obtaining a Master's Degree in reading instruction at Ohio University, Athens, Ohio.

In 1988 Ms. Cool moved to Durham, North Carolina and continued her Membership in the Duke Memorial United Methodist Church. She led the Woman's Church Circle #8 four years and served on the Altar Guild as many years.

From 2004 - 2009, Ms. Cool was president of the Driftwood Garden Club. Monday evenings were saved for studying at the Bible Study Group. Ms. Cool loved bridge and played monthly in two different groups. She was a tennis enthusiast and played on a Durham tennis team. She remained a loyal fan of the Ohio State Buckeye Football Team and the Duke Blue Devil Basketball Team. Music was a joy through out her life. She sang in the Croasdaile Chorus. Animals were an important part of her life, particularly cats, Ali Baba and Sophie.

In 1996 Ms. Cool and Waylon Grimm were married. Mr. Grimm was a director at Channel 11 for eight years and a lighting director at Channel 4 Public Television until his retirement in 2002. Nancy and Waylon traveled to Bermuda, the Grand Canyon, Portland, Maine and made many trips to Florida. In 2015, they moved to Croasdaile Retirement Village and enjoyed the many amenities that contribute to a pleasant and agreeable life.

Arrangements are under the care of Boyer Funeral Home.