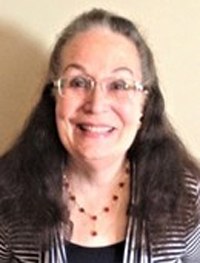 Born in Brownfield, Texas on February 16, 1942, she was a daughter of the late King D. and Lois D. (Jolley) Shipman. She graduated from Kermit High School. After graduation, she attended Texas Tech and Texas State Technical College where she studied bookkeeping. She worked for Collectors Weekly newspaper which specialized in antiques. After moving to Saudi Arabia, she worked as a secretary for ARAMCO until she retired.

She married John R. Fogle on November 2, 1960 and together they raised 3 daughters. They lived in many places over the 58 years that they were together, most notably, Saudi Arabia. They moved to Nescopeck in 2015 to enjoy the beautiful mountains and trees.

Myron was a former member of Sweetwater United Methodist Church in Sweetwater, Texas. She enjoyed league bowling and was the score keeper for the entire league. She was also a member of a softball association. She loved to play cards and was a Junior Master level Bridge player. In her younger years she enjoyed playing tennis and until recently, quilting.

In addition to her loving husband, she will be greatly missed by her daughters, Karen A. Fogle, Houston, Texas; C. Sue Wolfe and husband Wayne, Shickshinny; Carrie L. Bernal and husband Tom, Sweetwater, Texas; 12 grandchildren; and 16 great grandchildren. She was looking forward to the birth of her 17th great grandchild in February. She is also survived by many cousins, nieces and nephews.

In addition to her parents she was preceded in death by her sister, Ronda M. (Shipman) Tucker; brothers, James A. Shipman and David C. Shipman.

A funeral service will be held at 11:00 AM on Saturday, October 12, 2019 at Wesley United Methodist Church, 401 Broad Street, Nescopeck with Pastor Susan Knorr officiating. Family will receive friends from 10:00 AM until the time of service.