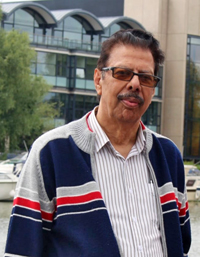 Our beloved and honest brotherly friend, Mohammad Ahmad Akmal Khan, Badge No. 75595, passed away on Friday, September 18, 2020 in London. He was well known in Aramco as Mohammad Akmal Khan. He joined Saudi Aramco on 4th June 1981 in MTC of Training Department. Later he was transferred to Drilling & Works-Over Department from where he was retired in October 2014. Later he worked as a consultant in Jubail Industrial Area and after 2 years he was settled in the UK with his family. May Allah SWT bless his soul with Jannah - Amen. His family can be contacted on +44 7459 290374 (Whatsapp) for condolences. Jazak Allah Khair.