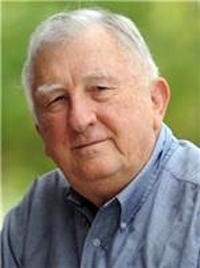 A native of Baton Rouge, Merritt Eleing McDonald Sr. was 88, born December 9, 1930, the son of the late Henry and Alma Schoeffner McDonald. In his youth he worked on the family farm on what was then considered rural Highland Road.

Merritt graduated from Baton Rouge High in 1947 and went on to earn a degree in Agricultural Engineering from Louisiana State University in 1955. He was a 1st Lieutenant in the United States Air Force, stationed in Japan during the Korean War.

As a Professional Engineer, Merritt worked for the East Baton Rouge Parish School Board and helped establish several area schools during the 1970s. During the 1980s he worked abroad with Saudia Arabia's ARAMCO to help expand the country's oil and gas infrastructure. Starting in the 1980s, and concluding in the 1990s, he held positions with the State of Louisiana's Department of Environmental Quality, Department of Health and Hospitals, and Department of Transportation and Development. Merritt continued to consult and serve as an outspoken advocate for his profession well into his retirement years. Always civic minded and involved in community affairs, it was during retirement that he also stepped into political life by running for positions on the East Baton Rouge Parish School Board and Metro Council. His most notable campaign was a bid for Louisiana's 6th Congressional District, against Bill Cassidy, in the year 2010.