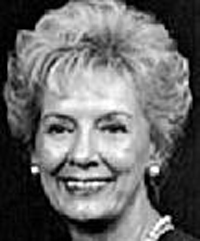 Marilyn Yaxley Bartholomew, 94, of Tampa, FL passed away peacefully March 19, 2020. The widow of John E. Bartholomew of Pennsylvania and Coral Springs, FL, she is survived by three daughters and their families: Nancy Sample and son Ben, his wife Jen and daughter Keira of California; Patricia Newhart and children, Allison, her husband Race Miner and twin sons, Kyle and Ryan of Florida, twins Brett and Scott Newhart and children Deven, Mason, and Avalynn of Pennsylvania; and Rebecca Belanger, her husband, Norman of Tampa, FL, and her daughter Tara and husband Dr. Damian Carabello and sons Damian Gabriel, Nathaniel John, and Luke Julian. Marilyn was the daughter of the late Daisy (Call) and Francis Yaxley and sister of the late Caroline (Mrs. Virgil) Taylor of Bainbridge, (Chagrin Falls) OH. She leaves behind the close families of nieces, Carol Malz and Marion Howard and nephew, Richard Taylor. Carol Malz and Richard Taylor have preceded her in death.

Marilyn, a lifelong learner, acquired three degrees over 28 years from Kent State University, while teaching and caring for her family. Her career in Ohio, Florida, and Saudi Arabia included elementary teacher, guidance, family and mental health counselor, school psychologist, and exceptional student programs. Her most rewarding four years were teaching for the American Consulate's Dhahran Academy in Saudi Arabia while living in the Aramco Compound. That inspired her to become a world traveler. While circling the world three times, she explored all seven continents and all 50 states. Her search for knowledge continued when she married John in 1973. Moving to Broward Co., Florida, she enrolled in classes at Nova and Florida Atlantic Universities and continued her career. After her husband's death in 1980, Marilyn also ran his company, Coral Springs Development, Inc. She eventually sold it to move closer to her daughter, Becky, in Tampa. Marilyn was member of Lake Magdalene United Methodist Church and the Friendship SS class. In 1994, she was a charter member of Learning in Retirement (now OLLI @ USF) and SNUG (computer group). She took many computer classes and coached for beginners. She was the Yaxley family genealogist and helped start Genealogy SIG at USF. Over the years, she has been involved as a volunteer for OLLI with numerous committees, activities, historian, board member, and classes for the USF senior programs. She also taught many "Life Story Writing" classes.

Marilyn valued her OLLI friends, especially WOW (Writers of Wisdom), a group of life story writers who have continued to write together for many years. Her love of the arts was fulfilled by serving as a head ambassador at Straz Preforming Arts Center for many years. An avid gardener, she was happiest when working with her orchids, plants, and landscape.

Funeral services will be determined at a later date due to the Corona Virus. This will be followed with a back to her roots memorial and burial beside her beloved John and her family in Bainbridge Twp. Ohio.