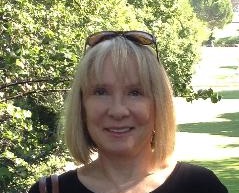 Marianne Elizabeth Noyd, age 73, died on December 20, 2022 in Durham, NC, with her loving husband of 34 years, Terry, at her side after a courageous battle against an illness lasting about three months.

She was born on March 1, 1949, in Buffalo, NY, and was the oldest child of Emil and Anastasia (Sporysz) Niejadlik. She earned a BA in History in 1972 and a Master of Library Science from SUNY at Buffalo in 1975.

She taught in the Aramco school system between 1980 and 1987, starting in Ras Tanura and later in Dhahran. Her time in Saudi Arabia ignited her interest in international travel and culture.

After leaving Saudi Arabia she settled in Rockville, MD, where she taught computer applications and English as a second language at Montgomery Community College.

After retiring in 2011, she decided to learn Spanish and the game of Bridge, becoming proficient in both. She was a remarkable and determined person who could do anything she put her mind to. Her smile would light up every room she walked into and her infectious laugh would bring joy to everyone she encountered. She will be missed by all those who knew and loved her.

She is survived by her husband Terry, brother Michael and his wife Helene, brother-in-law Tom Lawniczak, Sr., nephew Tom Lawniczak, Jr., niece Emilee Niejadlik, two grandnephews, and many cousins. She was predeceased by her parents and sister Margaret “Margie” Lawniczak.

In lieu of flowers, donations may be made in her honor to the National Organization for Rare Disorders (rarediseases.org) or to a charity of your choice.