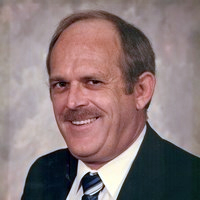 Memorial services for Mr. Malcolm Stagg will be held on Saturday, July 30, 2022, at St. Luke's Episcopal Church in Jennings. Visitation will be held from 10:00 a.m. until the time of service at 11:00 a.m. with Rev. John Clark officiating. Internment will be held in Greenwood Cemetery under the direction of Miguez Funeral Home.

Malcolm was a resident of Jennings, LA. He passed away on July 20, 2022, at the age of 77. He was born September 6, 1944, in Bedford, England to Harold and Rosemary Stagg. He graduated from Jennings High and attended University of Southwestern Louisiana before enlisting in the US Air Force in 1964. He spent 8 years in the Air Force serving in Vietnam, Korea, Japan and the Philippines as an avionics technician. He later worked in Saudi Arabia in the same capacity while employed with Aramco. Upon returning to the United States, he continued his career in Louisiana before moving to Dallas in 2000 until his retirement.

Malcolm was a voracious reader all his life about any subject, but especially history. He loved to tinker with electronic gadgets, hobby guns, and computers. He also loved to give gifts to people and often built or restored many computers for family, friends and even strangers.

He is preceded in death by his parents, Harold and Rosemary Stagg of Jennings and his brother Vaughan Stagg of Pittsburgh, PA.

The family would like to express a special thanks go to his caregivers Nova Barnes and Karen Hebert, Rev. John and Phyllis Clark and the entire St. Luke's congregation, the staff of Lamm Hospice, and the extraordinary kindness of the Jennings Emergency Room staff.