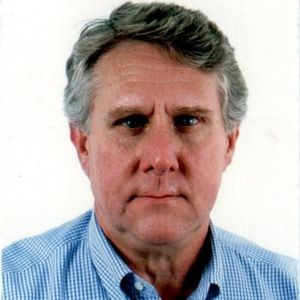 John Stuart (Stu) Lilly, 62, of Austin, Texas passed away on September 7, 2018 in Austin after a long and courageous battle with Glioblastoma, Brain Cancer.

Stu was born January 24, 1956 in Dallas, Texas to Warren R. Lilly and Jane B. Lilly Nix. He graduated from WT White High School in Dallas, Texas. He attended The University of Texas and was a competitive swimmer for the Longhorns. He served in the US Navy on board the USS Cochrane. The majority of his service was in Hawaii where Stu continued to enjoy swimming and developed a passion for body surfing breaks at Sandy Beach, Makapu'u and Pipeline, earning the respect of local watermen. He graduated from Texas A&M Maritime Academy in 1985. He graduated from the University of Houston with a Doctor of Jurisprudence in 1989 and was an Attorney and Counselor of Law, practicing maritime & corporate law as a partner with Eastham, Watson, Dale & Forney and with Saudi Aramco, where he retired as Associate General Counsel. Stu was a world traveler and had a passion for hunting and the outdoors, passing his adventures and knowledge on to his nephews.

Stu is proceeded in death by his parents, Col. Warren R. Lilly and Jane B. Lilly Nix.

Memorial contributions may be made to MD Anderson, Brain & Spine Cancer Center in memory of John S. Lilly. A memorial service celebrating Stu's life will be scheduled at a future date.

"Ahhh my strange dull veil has lifted and
brilliance abounds.
Beyond life and vague earthly ties, I am flying.
Soaring with angels and paced by lightning....
free and laughing.
Catch me when you arrive and we will share these heavens forever!"
- John Stuart Lilly