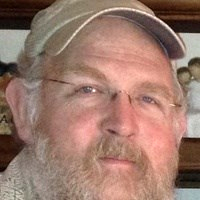 John Franklin Wolfe, 67, of McKinney, Texas, passed away on July 30, 2022. He was born September 26, 1954, in Denton, Texas. In his youth, John was actively engaged in scouting. He was a member of the Boy Scouts and Explorer Post 140, and worked on staff at Philmont Scout Ranch during his summers. John left Denton to pursue a career in information technology, traveling the world for Rockwell International and Aramco. He married the love of his life and his forever travel companion, Linda, on February 14, 1976. They eventually settled in Sugar Land, Texas where he worked for Aramco Services Company for 30 years before retiring. Upon retirement, John and Linda moved to McKinney, Texas to be near their beloved daughter. While John's time to experience retirement was cut short, he enjoyed it to the fullest. He spent his retirement tinkering in his workshop, reading every book he could get his hands on, and spending as much time with his wife and daughter as he could. John was a devoted husband, a loving father, a caring brother, and an unwavering friend.

If you would like to send flowers, please send them to the funeral home at 705 N. Locust St. Denton, Texas.

If you would prefer, John religiously donated to St. Jude Children's Research Hospital and the Wounded Warriors Project, and would have appreciated any contribution to their cause.