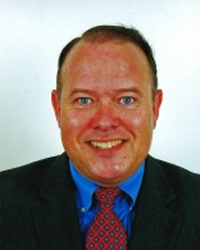 With the most profound sorrow, the family of John Desmond Dolan, the youngest of four siblings, regretfully announces his passing on to eternal peace on August 18, 2022 in Vilnius, Lithuania, while on a guided tour of Eastern Europe. He was 65 years old; he was found unconscious in his hotel room; attempts to revive him failed. The cause of death was pneumonia. An opportunity for viewing and visiting is to occur at the Money & King Funeral Home at 171 West Maple Ave. in Vienna, VA on Thursday, September 8 from 4-6 PM. The funeral is to occur at Our Lady of Good Counsel Roman Catholic church in Vienna, VA, on Friday, September 9, 2022 at 11AM, with interment to follow on Sunday, September 11, 2022 at Holy Cross Cemetery in Dansville, NY.

Mr. Dolan was both a 4th degree Knight of Columbus, and a 33rd degree Scottish Rite Mason. Throughout his adult life he was actively affiliated with a variety of fraternal and culture-sustaining organizations, including the Ancient Order of Hibernians, the Emerald Society, the RNC’s Capitol Hill Club, and the Vassar College Alumni Association. He had spent the greatest part of his employed life living and working in foreign countries. He traveled extensively, and held passports from the U.S., Canada, and Ireland. He always had many engaging tales of his experiences in exotic places.

During his life he met many challenges and opportunities, earning two MBA degrees, as well as accomplishing recognition as: a British certified instructor in scuba diving, a NYS notary public, and a Certified Public Accountant. During the war to liberate Kuwait, with other American ex-patriots, he was an active member of the “Desert Rats”, an organization that provided support to American troops serving in the remotest parts of the Arabian desert. He was a champion chess player and an avid scuba diver, having completed multiple deep dives in the Red Sea, the Gulf of Thailand, and artesian reservoirs in the Arabian-peninsula.

John was born March 7, 1957 in Geneva, NY, where he attended public schools; he graduated from Geneva HS in 1975 as a National Merit Scholarship semi-finalist, and as the “Geneva HS Betty Crocker Future Homemaker of the Year”. He graduated from Vassar College in Poughkeepsie, NY, after majoring in mathematics and economics. While attending, he made many public appearances throughout the country as a member of the Vassar College Choir. Afterwards, he earned graduate degrees from Cornell University in Ithaca, NY and the Catholic University of Leuven in Belgium.

He began his professional career with the U.S. Dept. of Labor headquarters, where he worked identifying the proper source data to calculate correctly the U.S. Consumer Price Index. Following a stint with Texas Instruments Inc., he became an internal auditor for Texaco, Inc., where he gained intimate familiarity with the details of the international petroleum business, and traveled throughout West Africa, Central and South America, and the Caribbean islands, in the course of examining Texaco’s facilities. After the Saudi government bought out its partners’ interests in one of the world’s largest crude oil producers, he gained employment with the newly formed entity, Saudi Aramco. Thereafter, he relocated to Dharan, Saudi Arabia, where he lived and worked for over 28 years, eventually becoming a senior executive. Prominent native government and corporate leaders respectfully conferred him with as Arabic moniker, “Abu-Desmond”. A large part of his later responsibilities included overseeing the annual expenditure of 5-6 billion dollars for large-scale construction and economic development projects. Following his retirement in 2018, he moved back to the U.S.