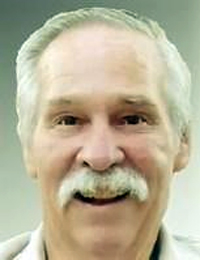 James "Jim" Russell Martin Sr., 80, of Fort Smith, Arkansas, passed away on May 9, 2021 in Fort Smith, AR. after several years of declining health. He was born to Russell Franklin Martin and Norma Martin in Witcherville, Arkansas on July 3,1940.

Jim graduated from Mansfield High School in 1959 where he was an active member of the Bios Club, Library Club, 4-H Club, Who's Who, and a football player. In his high school yearbook, he was quoted as saying, "School was the easiest job I could get, so here I am."

After he graduated High School, Jim spent a brief time working in California, then the superintendent for the ARAMCO Oil Company. Later in life, Jim worked for the Butler & Cook machine company until he retired.