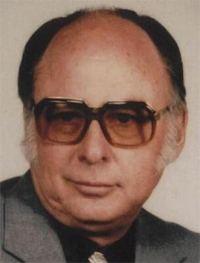 Knoxville - James "Jim" McDonald passed away at age 87, on Sunday, February 7, 2021, in Knoxville, Tennessee. With courage and a sense of humor he battled serious medical issues in recent years.

Jim was born to Bailey and Myra McDonald on April 8, 1933, in Etowah, Tennessee. Upon graduating Maryville High School in 1951, he enlisted in the Naval Reserve serving two years as an aviation mechanic in locations from San Diego to Japan. Employed by Lockheed Aircraft in Murrieta, GA, from 1955 to 1958, he helped build the mockup model C-130, a plane still widely used today. In 1959 Jim earned a degree in mechanical engineering technology from Southern Polytechnic Institute and went on to work for The Sandia Corporation in New Mexico and the University of California at the Nevada Test Site in government underground weapons testing. Due to his extensive experience in directional drilling, Jim was hired by ARAMCO in 1975 and worked as a rig foreman, superintendent, and training coordinator, in and around the vast remote oil fields of Saudi Arabia until he retired in 1993. Jim was proud of his achievements and contributions in engineering but always emphasized the importance of his many mentors along the way, telling entertaining stories of them often.

Retirement was anything but idle for Jim. When he was not chasing trains and exploring the backroads of the East Tennessee mountains, he was planning and taking trips out West to see the Rockies, the Sierras, Canada, Alaska, the National Parks, and all points in between. Jim had a lifelong love of country western dancing and music, both a huge part of his life. One of his greatest joys was being with family and friends to eat, laugh, and enjoy life.