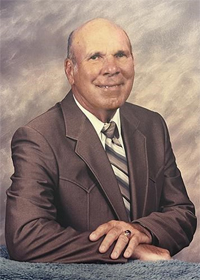 Buddy graduated from Fannett High School in 1953. After graduation, he was a rice farmer and a cattle rancher. Buddy then went on to serve in the United States Army from 1958 until 1963. After his time in the military, he served in various positions in the Industrial and Petro-Chemical Industries including Goodyear Chemical and Aramco. He was a member of the Knights of Columbus. Buddy loved dancing and watching sports. He had been hunting since he was young and enjoyed doing it his whole life. Buddy enjoyed collecting things and trying to fix them. He was always willing to help others and would donate to various organizations. Buddy was a faithful member to the Catholic church. He loved his family and friends and was a great father, grandfather, and brother.

Buddy was an amazing man and a true inspiration to all. To know him is to love him. A jack of all trades, his skills included anything from farming, ranching, carpentry, millwright work, and anything in between. When he wasn t tinkering with discarded treasures he loved to travel and enjoy every moment of life. Whether that be through laughter, spending time with friends and family, or lending a helping hand he lived life to the max. He was a wonderful father and a great listener. Although he was a man of little words when it came to advice he was always willing to lend an ear. His last days spent here on earth weren t the most comfortable, but there is peace knowing he is dancing in heaven with all his family and friends that have long awaited him. In true Buddy fashion, he will be at the gates with helping hands when our time comes to be reunited. A father s love is forever imprinted on a child s heart and Buddy proved that with everyone he met.