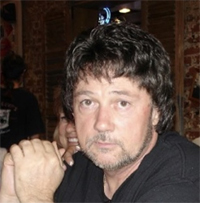 Gordon Lewis Fabry, age 72, of Bradenton, Florida,  passed away on Monday, December  26, 2022, surrounded by his family. He was born on February 3, 1950 in Hornell, New York to Ronald and Billie Horton.

During his childhood, he was an extremely talented athlete where he enjoyed playing football and running track. As a father, his athleticism helped him lead his son's baseball team as the head coach to the Little League World Series in Kutno, Poland.

Gordon began his career as an IBEW Journeymen Inside Wiremen before continuing his education and earning a bachelor of science degree in electrical engineering. As an electrical engineer, Gordon’s career allowed him to work and explore multiple countries around the globe. Gordon spent over 20 years in Ras Tanura, Saudi Arabia working for Saudi Aramco. Gordon also had a successful career working for the US government that spanned over 11 years. As a project director, Gordon was able to work on projects in many countries such as Mexico, Haiti, Curacao, and the United Arab Emirates.

In his spare time, Gordon loved hopping in the boat and cruising up the river. He always had an affinity for collecting sports cars and finding ways to bring his family and friends together over food and drink. Gordon's dry sense of humor could make a friend with any stranger and will leave a void that can never be filled.

Gordon was a wonderful brother, husband, father, and grandfather. He is survived by his wife, Cheryle Fabry of 40 years, and his six children, Angel Vaughan, Elisha Fabry, Candace Buchanan, Shane Fabry, and Megan Gannon. He is also survived by his younger brothers, Mark and Mike Fabry. Gordon was also a beloved grandfather to six grandchildren and three great-grandchildren. He is predeceased by his parents and son Todd Fabry.