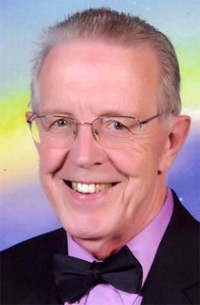 The husband of Katherine A. Fiorani Davis (nee Booz). George was born in Minneapolis, MN on June 16, 1938. His parents were Paul A. and Helen J. Banko Davis.

He was raised in Blue Earth, Minnesota where he graduated high school and was accepted and attended the University of Minnesota. George earned a master's degree in Electrical Engineering. He went on to pass the exam to become a professional engineer. After his education, George worked for Minnesota Power. He quickly grew in the organization was promoted to Director of Electric Utility at the age 30. George was later hired by the Saudi Aramco Oil company, where he traveled the world problem-solving large-scale power distribution. George had a remarkable work ethic and would always say, "get it done." His two sons, Seith and Evan were born and he decided to take a position in Vineland as the Director of the Vineland Electric Utility. Later in his career, George owned and operated a custom sign business, "Mr. Sign." While in the sign business George realized there was a niche needed for engineering the installation of signs. Remarkably, at the age of 62, he studied and passed the exam for Structural Engineering and Land Surveying. He then spent the rest of his adult life consulting for sign companies, work he greatly enjoyed.

George loved dancing and socializing with friends. He and his wife enjoyed dancing at least three nights a week. He also enjoyed getting together with friends and dining out. While living in Texas, he enjoyed sailing and owned his own sailboat.

Besides his parents, he was preceded in death by a brother Kenneth Davis.

Graveside services will take place privately and with military honors at the Laurel Lawn Cemetery in Upper Deerfield Township.

In lieu of flowers, memorial contributions made in Mr. Davis's memory to the Alzheimer's Association, 3 Eves Drive, Suite 310, Marlton, NJ 08053

Funeral arrangements are under the direction of the Freitag Funeral Home in Bridgeton.