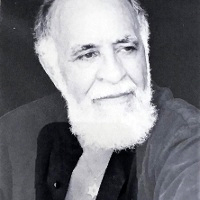 George, born to the 20th century depression-era “Silent Generation,” was an Alter Boy at Cristo Rey Church in Santa Fe, NM in his youth, then became a star Athlete in Football and Basketball at Santa Fe High in the early 1950’s, earning a football scholarship to NCAA Division II Fort Lewis College In Durango, CO, then recruited to Mountain West Conference, the University of New Mexico in Albuquerque, where he was a lettered football defensive lineman for the “Lobos” in the Hall of Famers, Coach Marv Levy and Don Perkins years of the late 1950’s.
After graduating from UNM in 1959 with a degree in Physical Education, and to support a new baby, George began in the warehouse of Westinghouse Electric Inc., quickly rising to become a Branch Manager in Albuquerque, NM and then in Houston, Texas. Moving into Int’l Sales for the electrical engineering & distribution industry, George worked for Turtle & Hughes and Nunn Electric Supply Corporation, Houston, Texas, and with Saudi Aramco in Dhahran, Saudi Arabia.

George married twice, first to Louise Randel of Albuquerque (now Leigh Matthewson of Las Cruces, NM) in 1958, the mother of daughter, Gina Leigh, and then to the love of his life, Barbara Ann McKenzie of Hollywood, Florida, in 1967. They celebrated their Golden anniversary, 50 years of marriage, in 2017, two months before her passing. They have one daughter, Ashley Maryellen.

George was a member of United Orthodox Synagogues, Houston, TX for over 30 years. In 2009, he was honored as a “UNM Golden Graduate”— the class celebrating its 50th anniversary – and participated at The University of New Mexico Commencement with his family. Throughout the decades, he supported UNM students and the University of New Mexico Alumni Association, U.S. Olympics and many Jewish and Christian causes.
As a former player, George was an avid collegiate football spectator. To keep in shape, he became an endurance athlete in middle age, winning many medals and ribbons and fulfilling his dream of running the world-class Boston Marathon.

He is preceded in death by his wife, Barbara Ann Miller, and her Sister and Sister’s husband, Jeanette and Jim Pienta of Houston; Best friend & Brother-in-law, John DiGregorio of Ann Arbor, MI; Sister, Ramona Lynn; and brothers, Rudy, Ralph and Michael Miller, all of Santa Fe, NM.

The memorial service held in the Chapel of DeBerry Funeral Directors Denton, Texas Friday, July 19, 2019.
Mr. Miller will be interred with his wife, Barbara Ann McKenzie Miller in the McKenzie family plot in Sopchoppy, FL near Tallahassee.