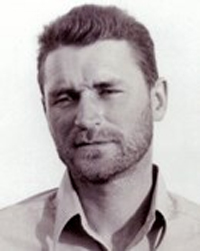 Frederick Leopold Haack died quietly at home in New Orleans on August 25, 2018 at age 98. A true representative of the Greatest Generation, he was born in New York City on July 25, 1920 and, prior to America's entry into World War II, attended the University of Wyoming.

The day after Pearl Harbor he and his college friends went to enlist, but with so many others enlisting Frederick was not called to duty until early 1943 when he entered the Army Air Forces. For over 18 months he served as a first lieutenant pilot in the 5th Air Force, 433rd Troop Carrier Group, 68th Squadron in many islands throughout the Pacific theater. One of his memorable experiences was landing his C-47 on a Manila street to rescue civilian prisoners during the liberation of the city. Another was being stationed in Tokyo in August 1945 (before Japan's formal surrender) through December 1945.

After the war, Frederick returned to the University of Wyoming where he earned a Master's degree in civil engineering. Upon graduation, he set off to build the first railroad in eastern Saudi Arabia. Years later when grandchildren asked him why he traveled halfway around the world to work in a desert, he replied that his Pacific war years had given him a taste for the world's wide and exotic offerings and he wanted more. The following five decades were filled with work and travel all across the globe.

Upon completion of the Arabia railroad, including a memorable interview with the Saudi king, Frederick renewed his long and distinguished career with ARAMCO (Arabian American Oil Company) and ended up living in Saudi Arabia, Italy, and Wassenaar, Holland. During these years living abroad, his son and daughter were born.

In 1973, while in New Orleans supervising work of a super-port project for Arabia, he met a young widow named Ann, and they have been married for 44 years. Ann's five children, whose father, John Hobson, died on January 2, 1971, admired, respected, and adored Frederick. He developed a special, individual, sagacious, bond with each one and, as the years passed, did the same with each of his 13 grandchildren, who all cherished their "Papa."

During the first 15 years of their marriage, Frederick and Ann lived in Saudi Arabia, London, California, New Orleans, and India, where he ended his remarkable engineering career working on a safe water project for the city of Bombay. They lived an exciting and romantic life traveling extensively throughout five continents, making friends for life, as well as entertaining visiting family and friends in far-flung locales.

During the last three decades of his life, Frederick and Ann resided in New Orleans where he designed a course which he taught at Tulane's School of Engineering. They spent wonderful summer months in Maine as well as time on their farm in south Mississippi. He was in tremendous physical shape throughout his life and, well into his 90s, mowed hay at the farm and worked out at a gym. Family and friends were always nearby or visiting and never tired of asking Frederick to share—in his understated and nuanced manner—his experiences and thoughts from a well-lived life.

A memorial service will be held in the Chapel of Trinity Episcopal Church on September 8, 2018 at 2:00pm. 1329 Jackson Avenue, New Orleans, Louisiana.