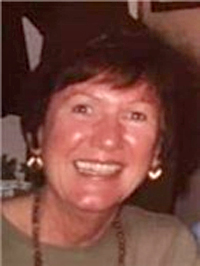 Ethel was born in Medford, MA on March 19, 1937 to the late John T. and Emma (Hicks) Beagen of Arlington. She graduated from Arlington High School in 1954. She and her late husband Arthur "Red" McCoy married in 1956 and moved the family to Saudi Arabia in 1965 to work for the Arabian-American Oil Company (now Saudi Aramco). After the family moved to Plainville, MA in 1972, Ethel enrolled at Framingham State where she received her bachelor's degree in Early Childhood Education in 1976 and a master's in Generic Special Needs in 1981. Ethel worked at the Massachusetts Hospital School in Canton from 1976 until her retirement in 1998. She continued to travel and volunteer for several literacy programs until she moved to Groton in 2011.

Ethel is survived by her children; Michael (and Bonnie) McCoy of Groton, MA, Thomas (and Susan) McCoy of Middleboro, and Cathleen McCoy of Hatfield; her grandchildren: Brooks (and Alisha) Ritchie-Phayre, Caitlin McCoy (and Brent Ryckman), Kelly McCoy (and Patrick) Kelly, and Kyle McCoy; and her great grandchildren: Jaden McCoy, Adelynn Kelly, and Gabrielle Barahona.

Ethel was predeceased by her sisters, Nancy Beagen Wilkins and Mary Beagen Jones, and by her grandson, Jason McCoy.

In lieu of flowers, donations in Ethel's memory may be made to the Linda Manor Activities Fund or the Franklin County Hospice Association.