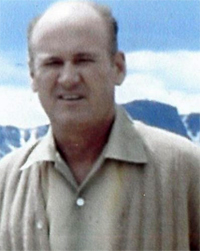 Edward Joseph Stanton, Sr. left this physical life for a spiritual one Thursday night, November 18, 2021. Mr. Stanton, a fifty year resident of Friendswood, Texas, was a beloved father, husband, grandfather, and respected citizen of his community. He leaves behind his two sons, Tim and Eddie, and daughter-in-law, Kerry. His grandchildren, Kelly Beck and Trey Stanton, reside in Austin with their spouses, Mike Beck and Kelsey Stanton. Ed leaves five great-grandchildren, Eli, Emmett, Easton, Summer, and Edward, IV (EJ). Ed, as he was known to family and friends, was born in Houston, Texas, on March 10, 1925, to Walter Lamar Stanton and Alice Elizabeth Childress. He was the older brother of Lewis Stanton and sister, Marie (Stanton) Whisenant.

As a young boy during the Great Depression, he vividly remembered two men fighting over food and one killing the other. Soon after this event, his family moved to Highlands, Texas, where Ed grew and developed into a young man. He attended Baytown Lee High School where he became an accomplished track star, winning 2nd in State. His childhood and lifelong friends, Ray Holbrook and Charley Stewert, were teammates on the track team. After high school he joined the Military to serve his country in World War II. One cold and wet morning his battalion was called out to assemble in formation and attention before the commanding officers. Ed recalled every other man stepping forward and turning left face to be airlifted to the Battle of the Bulge.

After the war, Ed enrolled at Texas A&M on the GI Bill and earned a degree in Electrical Engineering with a minor in Math. On August 31, 1951, Ed married Ola Jonel Stanton, daughter of Jessie Hiram Riley and Ora Annie Stoker, in Gregory Portland, Texas. Ed and Jonel were married 67 years before her death in October of 2020 at the age of 89. As a professional engineer working for Aramco, Ed and Jonel travelled to Rome, Italy, in 1956. While living in Rome, their oldest son, Eddie, was born. After their return, Ed worked for Brown & Root for several years and then in the early sixties formed Reese, Stanton, and Porter Engineering.

Ed was a loving grandfather to his two grandchildren, Kelly and Trey Stanton, and always found time to include them in special activities. One Sunday, while babysitting Kelly and Trey, he took them on a spontaneous airplane ride to Dallas and back in the same day. He loved all his extended family members and always enjoyed spending quality time with them. He leaves behind a multitude of nieces and nephews whom he had a wonderful life interacting with.

Above all, Ed was a Christian man who loved the Lord God with all his being. He was never embarrassed to share his faith in Jesus Christ to all men. He could not finish a prayer without tears rolling down his face with true love for his Lord and Savior. His love went out for all the many crippled children who attended the annual Lions Club Crippled Children's summer camp. In lieu of flowers, Ed's wish would be that contributions be made to this wonderful organization at P.O. Box 290247, Kerrville, Texas, 78029.