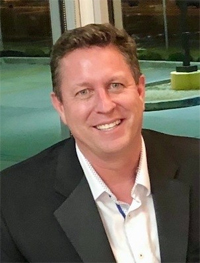 Donald "Brent" LeTellier was born in Knoxville in 1964 and passed suddenly from this world due to cardiac arrest on July 14, 2020. In grade school, he moved with his family to Dhahran, Saudi Arabia where he met most of his life-long "ARAMCO Brat" friends. He completed degrees from UT Knoxville and Duquesne University in Pittsburgh, before returning to Knoxville where he worked in various jobs including social work at Helen Ross McNabb Center and two stints of being a stay-at-home dad/trophy husband. His degrees and experience led him to Lonsdale Elementary School where he spent the last 13 years as a teacher/behavior specialist making a huge impact on numerous children's lives throughout the Lonsdale community. He will be sorely missed at the school where a fund has been established to benefit the students and teachers both in the classroom and beyond (see link below).

Always a joy to be around, Brent had several quirky loves including fainting goats, Napoleon Dynamite, and shawarma. His wife, Maria, enjoyed being by his side as they jumped into any adventures life offered. He had an innate way of understanding people (especially younger people) and genuinely caring for them with his time, money, and anything he had. He is now in a place where he can watch over all of his "kids" who he always welcomed as family.

Due to Covid, a celebration of life will be planned at a later date. In lieu of flowers, you can visit the following link to donate to the GoFundMe setup by Brent's family to benefit Lonsdale Elementary School.