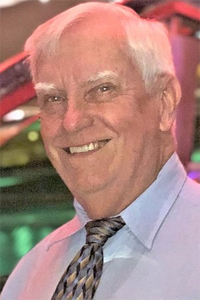 He was retired from Saudi-Aramco where he worked as an Electrical Engineer and was a U. S. Navy Veteran. He was a member of Dallas Bay Baptist Church and his passions in life were gardening and spending time with his family.

Donald was preceded in death by his parents, Stuart and Annie Blankenship and a brother, Larry W. Blankenship.

Graveside Services will be held on Tuesday, October 25, 2022 at 12:30 p.m. in the Chattanooga National Cemetery with Rev. Ken Young officiating.