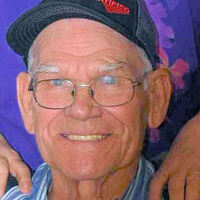 On September 18, 1964 he was united in marriage to Darlene Ann Wilder. To this union three children were born; Dee, Debra and David. The couple lived in Wichita, Kansas, Anacortes, Washington, Udhailiyah, Saudi Arabia and then moved back to Missouri before settling in Lexington, Nebraska.

Don was a jack of all trades and had many different jobs including Aramco (Arabian American Oil Company) where he worked in the gas and oil separation plants, then at Coleman Powermate where he worked in tool and dye he then retired from Dawson Feeders Incorporated, where he was a mechanic.

He enjoyed watching his grandchildren & great-grandchildren grow. He also loved Nascar and watched every Sunday. He liked to keep busy and was always there for all those who were around him. He was ornery and very loving.

It was Don’s wishes to be cremated and no services are planned.

Reynolds-Love Funeral Home in Lexington is honored to be assisting the family with arrangements. Please share online condolences with the family by visiting: reynoldslovefunerahome.com