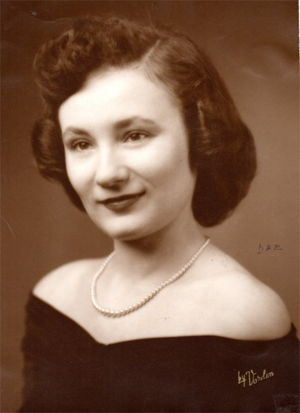 Dolores Anne Herman was born July 26, 1930 to Stephen and Pauline Nowicki in Lancaster, Pennsylvania. Dolores graduated from Catholic Highschool in 1948. She worked for 8 years as a legal secretary at Brown and Zimmerman. In 1953 she met Navy man Richard Herman at the USO. They married in 1955, moved back to Richard’s native California where they were blessed with 3 children: Karen (1958), Donald (1963) and Susan (1965). The Hermans moved back to the east coast for a few years, then in 1968 Richard accepted a job with ARAMCO in Saudi Arabia where Dee worked at her kids’ Najmah School for 15 years. Many former students remember her fondly as teacher’s aide, typing teacher, secretary, art teacher, crossing guard and bus monitor. In 1984 the Hermans retired and drove back through the Middle East, Europe and across the United States to Costa Mesa, California. After 3 heart attacks, Dee died peacefully on September 11, 2019 at age 89. She is survived by Richard Herman; children Donald and Susan Herman and Karen Martin; and grandchildren Rhianna and Joanna Martin.