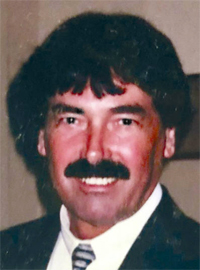 Charles Stephen (Steve) Doll, 70, passed away January 3, 2020 at Kettering Hospital from complications of a stroke, surrounded by his beloved family.

Steve was born August 10, 1949, to Louise (Hart) Doll and Charles William (Bill) Doll who predeceased him.

Steve was a 1968 graduate of Troy High School and earned an associate degree in construction management from the University of Cincinnati.

Steve was president and owner of Doll-Layman Construction Company in Tipp City.

He was a member of the Troy Country Club, the Elks, Troy Fish and Game, Am-Vets, the Moose, and was a 32nd degree Mason. Steve enjoyed fishing, hunting, boating, and golf.

Steve spent about ten years as an engineer for Aramco and was stationed in Saudi Arabia. During this time, he enjoyed traveling to many parts of the world including Scotland, Germany, Bali, Indonesia, France, and Thailand.

Steve is survived by two sisters, Rebecca Doll (Michael) Howes of Pickerington, and Sally Doll and his brother, Bill Doll, both of Troy, along with his nieces, Mindy Reed (Dave) Kaiser, Sarah Howes (Kory) Burnside, Brittney Doll, and Katie Doll; his nephew and Godson, Jordan Kaiser, and nephews Keane and Kaden Hauck.

A private graveside service will be held at a later date. The family will receive friends on Thursday, January 9th from 4-8 PM at the Troy Elks Club for a celebration honoring Steve's life.

As a close friend shared, "Steve lived his life to the fullest. He epitomized the immortal words of Frank Sinatra, 'I did it my way.'"