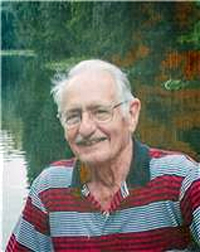 In 1951 he joined the U.S. Army, spending 17 months in Korea, and achieved the rank of Staff Sergeant, before receiving his honorable discharge in 1954.

In February 1958 he received a Mechanical Engineering degree from the University of Florida.

His engineering career included 4 years with Du Pont as a Design Engineer at the Savannah River Laboratory near Aiken, South Carolina, and 2 years with Honeywell as a Design Engineer in St. Petersburg, Florida. He then moved to Crystal River, Florida, to work with Florida Power Corp. as the Mechanical Construction Supervisor during the construction of Crystal River power plant's unit 1, and then unit 2. In March 1971 he was promoted to Construction Superintendent for the Crystal River unit 3 nuclear plant. In 1981 he resigned from Florida Power and moved to Saudi Arabia, where he worked for the Arabian American Oil Company for 10 years, managing large construction projects. In 1991 he retired, moving back to Crystal River.

He was active as a leader in the Boy Scouts in his younger years, in both Aiken, South Carolina and Crystal River, Florida. He was active with Crystal River Civitan Club for many years, holding all the offices. He helped build houses with Habitat for Humanity and was a volunteer driver for Meals on Wheels, and Dr. Ride in his later years.

He enjoyed boating, fishing, scuba diving, water skiing, flying, and traveling. He was a private pilot and enjoyed cross country flying and site seeing from the air. He and Jill traveled extensively world-wide, visiting over 65 countries, and enjoyed RV travel in the U.S. and Canada.