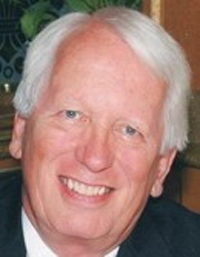 Born in Maplewood, NJ, son of Dorothy (Kammerer) and Charles Randolph Lowman, Charlie had an older sister, Margie Webb, who predeceased him in 2013. Charlie attended Columbia High School in Maplewood, NJ and went on to graduate from Lehigh University in Bethlehem, PA in 1963, with a degree in Electrical Engineering.

After college, Charlie took a motorcycle trip from New Jersey to Alaska and back, and then went to work for New Jersey Power & Light.

As a young engineer, he worked in Vietnam from 1967 to 1972, providing electrical design services in support of U.S. military forces.

In 1972, he married Mary Jane (January). Charlie, the bachelor, had no idea what he was getting into, when he "inherited" Jeffrey, age 7 and Susan, age 5 -- but it did entitle him to a 3 bedroom house in compound living with ARAMCO in Saudi Arabia! During his tenure there, Charlie worked with large gas turbine generators, and developed and managed power plants for ARAMCO. After 12 1/2 years of wonderful friendships, travel and adventure, Charlie & Mary Jane left Arabia and moved on to Indonesia. Charlie worked for Freeport McMoran in Tembagapura, Irian Jaya from 1984 to 1996, where he managed power production, communication systems and supervised the construction of a hydro electric power station. While there, he enthusiastically supported Mary Jane's INDOKIDS program, which brought 100 Indonesian students to the U.S. for high school and college.

In 1996 he retired to Panton, VT, where he enjoyed riding his Honda Goldwing, canal boating in Europe, numerous motorcycle trips (to Nova Scotia, Newfoundland, Labrador and the Adirondaks), and endured the many anniversary and birthday cruises with his (lovely) wife.

Lo and behold, in 1999, a letter came that forever changed their lives! Charlie reunited with his Vietnamese daughter, Laura.

For many years, the entire family vacationed at Ascutney Mountain, where the grandchildren learned to ski, and Charlie (PopPop) loved to snow tube with the kids.

In retirement, Charlie worked occasionally around the state as a court officer/recorder.

We want to thank the caregivers at the Arbors at Shelburne, who took such good care of Charlie over the last year.

We will have a Celebration of Charlie's Life in the Spring -- time and date to be determined.