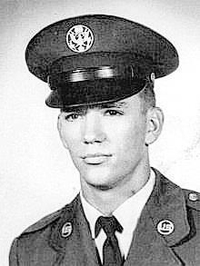 Charles A. "Charlie" Prestridge, born August 5, 1944, passed away on Friday, May 27, 2022 at the Baton Rouge General on Bluebonnet, at the age of 77. He was a native of Mississippi and current resident of Liberty, MS.

Charlie joined the United States Air Force in 1964 and was honorably discharged in 1970. He attended Southwest College and graduated with a Bachelor of Science from Mississippi State University. He joined the Exxon Company at the Baton Rouge Refinery in 1972 and later became an equipment inspector until 1992. Charlie then joined the Hess Oil Company and was stationed in St. Croix, US Virgin Islands, until his profession took him and his family to Shell Oil Company in Beaumont, TX, then to Saudi Aramco, Saudi Arabia. He then retired to his beloved home in Liberty, Mississippi, where he and his wife, Gwen, built their home on family property that had been in his family for over 150 years.

A graveside service will be held at St. John the Baptist Catholic Church Mausoleum in Brusly, on Tuesday, May 31st, at 10 a.m., conducted by Rev. Jeff Bayhi. Charlie is survived by his wife of 42 years, Gwendolyn Millard Prestridge; daughter and son-in-law, Stephanie P. and David Cusimano; grandchildren, Isabella, Gabriella and Dominick Cusimano; sisters, Kit Prestridge and Ann Derbes; numerous nieces and nephews. Charlie was preceded in death by his parents, Ralph Prestridge and Doris Dominick Case. Pallbearers will be David Cusimano, Gerald, Nathan and Jordan Millard, Walter Gauthreaux and Anthony Plattsmeier. Honorary pallbearer will be Dominick Cusimano. In lieu of flowers, Charlie requested that charitable contributions be made to the Wounded Warriors Project or the Tunnel2Towers Foundation.