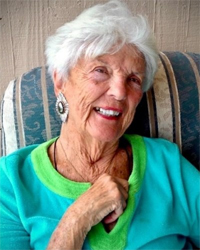 Born on March 22, 1933, in St. Stephen, New Brunswick Canada to Beatrice Katherine Brown and William Harris Brown. Anne was raised primarily in Niagara Falls Canada and received her RN from St. Joseph School of Nursing, Hamilton, Ontario in 1954. She used her RN to travel and work nationally and internationally including Frankfurt Germany and New York City. From September 1959 to May 1962 she lived and worked in Dhahran, Saudi Arabia for Aramco where she met her future husband Michel N. Jurayj. They were married on May 6, 1961 in Canton, Ohio and settled in Evanston Illinois where they raised their three sons. She managed Cardiovascular Associates for 20 years and after their retirement they traveled the world extensively together. She died on Wednesday November 24th in her home in the care of her family.

Interment Memorial Park Cemetery, Skokie, with a lunch to follow.

In lieu of flowers, memorials may be made to Connections for the Homeless or St Jude Children's Research Hospital