The roar of engines, the wiping of brows and twisting chicanes of the 2020 Fomula 1 season had a special significance for Aramcons globally, virtual participants in the F1 Aramco Employee League. 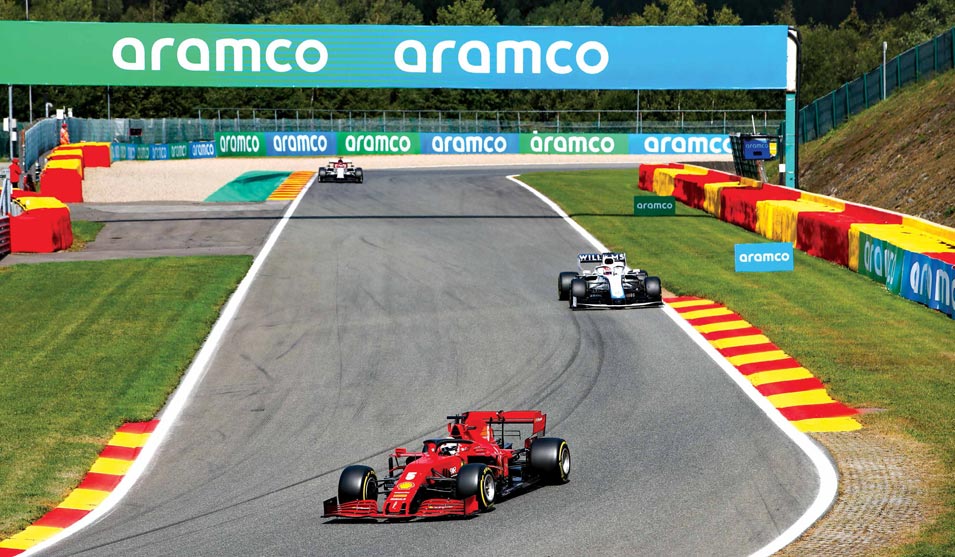 When the Formula 1 (F1) season finished, three employees triumphed over the other competitors in a nail-biting finish.

Saleh Y. Alrooq (1st), Sultan T. Khayat (2nd), and Mohammed B. Alawami (3rd) were the podium finishers in a very tight season for the F1 Aramco Employee League, a fantasy league where employees select their own team and drivers and race against each other, mirroring the actual races.

Aramco shifted up a gear in its clean fuel innovation drive by becoming a global partner with the 2020 F1 season, one of six global F1 partners. Through the sponsorship, the company showcases its commitments to engineering, performance, and future fuels.

"This was my first time in an F1 fantasy league" — Saleh Y. Alrooq 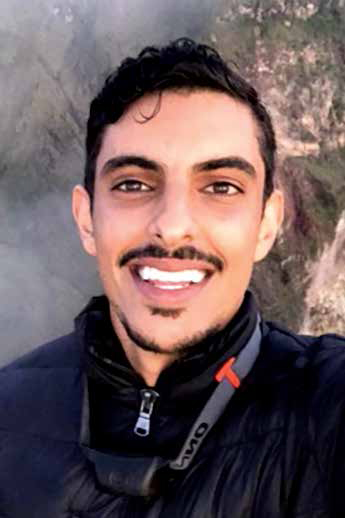 Alrooq, an engineer from the Domestic Joint Venture Management Department, spoke of his passion for a sport he has followed since 2004 when he attended his first race — the Bahrain Grand Prix. “I got really passionate about it in the last couple of years, and this was my first time in a F1 fantasy league,” Alrooq said, noting he was encouraged to participate because of Aramco’s sponsorship.

The first-timer, whose favorite racer is Lewis Hamilton, analyzed historic and recent data to develop a solution through artificial intelligence that updates after each practice. This included qualifying times and racing, as well as various aspects such as speed, down force, aerodynamics, and more.

A history in racing

Khayat, an engineer at Unconventional Resources Gas Operations Development, has a rich family motor racing history. His uncle was a pioneering Saudi rally driver who was first to win the Middle East Championship twice. His father was the first Saudi co-driver, so there is a deep history of love for all things racing.

“At age 6, F1 became a passion for me, since I was watching all the races with my father,” said Khayat, who said he had many memories. His first Grand Prix event was in Bahrain (in 2004).

Not one to just watch, Khayat also has been fond of karting and has shown well on circuits in Saudi Arabia, Bahrain, and Dubai, even achieving a qualifying spot for the world finals in Italy in 2019.

Alawami, a petroleum engineer with the EXPEC Advanced Research Center, was a latecomer to F1, having started following the sport in 2019.

For Alawami, it was the unusual finish to the Canadian Grand Prix that year in which a five-second penalty determined the winner that got him interested. “I then learned the technical aspects of the car and racing, which pulled me even further into the sport,” he said, noting that “The fantasy league added a lot of excitement to the 2020 season — as well as many anxious moments in the last few races.”

Alawami was one of five players vying for the third and final spot, with the last two races lifting him to victory and a ticket to attend his first F1 grand prix weekend.

Kicking off in March, the 2021 FIA season will be the 72nd running of the Formula One World Championship, which will consist of 23 Grand Prix races around the world.

Details on how to enter the 2021 F1 Aramco Employee League will be released soon, so watch this space!