The Return of the BHOG 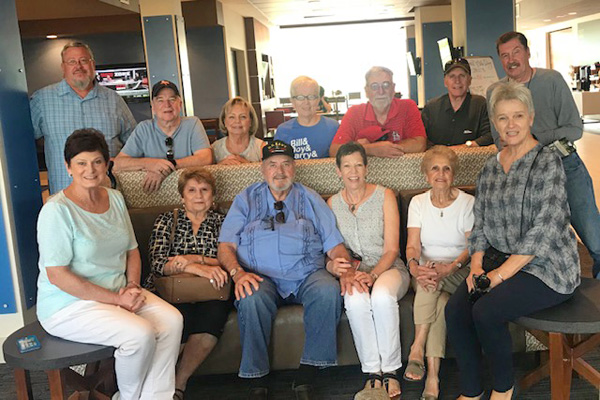 Astute AXP readers may remember us asking the loaded question, “What in the World Is a BHOG?” back on 15 July 2015. For those of you not in the know, “BHOG” stands for “Bahrain Hilton Outing Group”—the name a band of US expat annuitants gave themselves in recognition of a memorable trip they once took together to Bahrain.

“Ever since,” we wrote four-plus years ago, “that experience has been a bond that has helped keep them together in spirit if not in body, however far apart geographically they may have been scattered. So much so, in fact, for some time they have been staging mini-reunions every two years at different locations in the U.S.”

Maintaining that honorable tradition, members of that elite group recently held their biennial gathering in Nashville the last weekend of September 2019. Attendees included Jim and Janet Anthony, Bob and Debbie Bewley, Tom and Julie Doody, Dave and Karen Eaton Hinz, John and Violetta Powell, Sheila Stevens, and Byron and Kay Taylor. Maurice Kidd was unable to attend and was sorely missed by all.

“We have been getting together biennially,” Kay Taylor told AXP, “the year between Aramco Reunions, i.e. the Aramco Reunion was 2018 held in Austin, so we met in 2019 in Nashville. We keep these meetings very casual, and before the end of each one we discuss and determine where to meet next and who will make the arrangements. In 2021 we are going to Oklahoma City.” 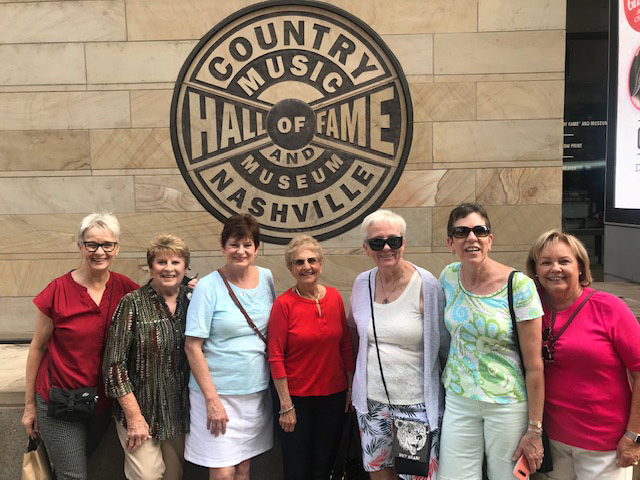 Annuitant readers may remember some of the past and present members of BHOG from their time in Arabia. They included:

“We started gathering in 2001,” Kay continued. “Our group always traveled together for R&R weekends to Bahrain while living in Arabia. We called ourselves Bahrain Hilton Outing Group or BHOGs. Our first gathering here in the US was in Hot Springs, Arkansas. Other places we’ve gathered since include Keystone, South Dakota; Memphis, Tennessee; Santa Fe, New Mexico; Fort Worth Texas; Wichita, Kansas; Colorado Springs, Colorado; and Nashville, Tennessee.”

We here at AXP salute Kay and her fellow expats for their notable effort to remain connected through the years. Kay has shared with us a gallery of photos taken at the most recent BHOG reunion. Here’s a link to that gallery: